In the lecture Gamedesign we were supposed to make a concept for a learning game in small teams. In the process we thought of a learning game that would solve a problem of our own - learning Adobe Shortcuts. It's so much faster when you know the specific shortcuts for the different kinds of software you're using.

In our game you are playing as a small astronaut who crashes on different planets like Photoshop, Indesign or Illustrator and on these planets he acquires different tools to solve different problems. For example he can rescale himself if you get the shortcut for the scaling tool right, so he can pass through a small tunnel.

With our concept we were able to win the GOLDEN PINEAPPLE AWARD 2018 for The Best Educational Game. 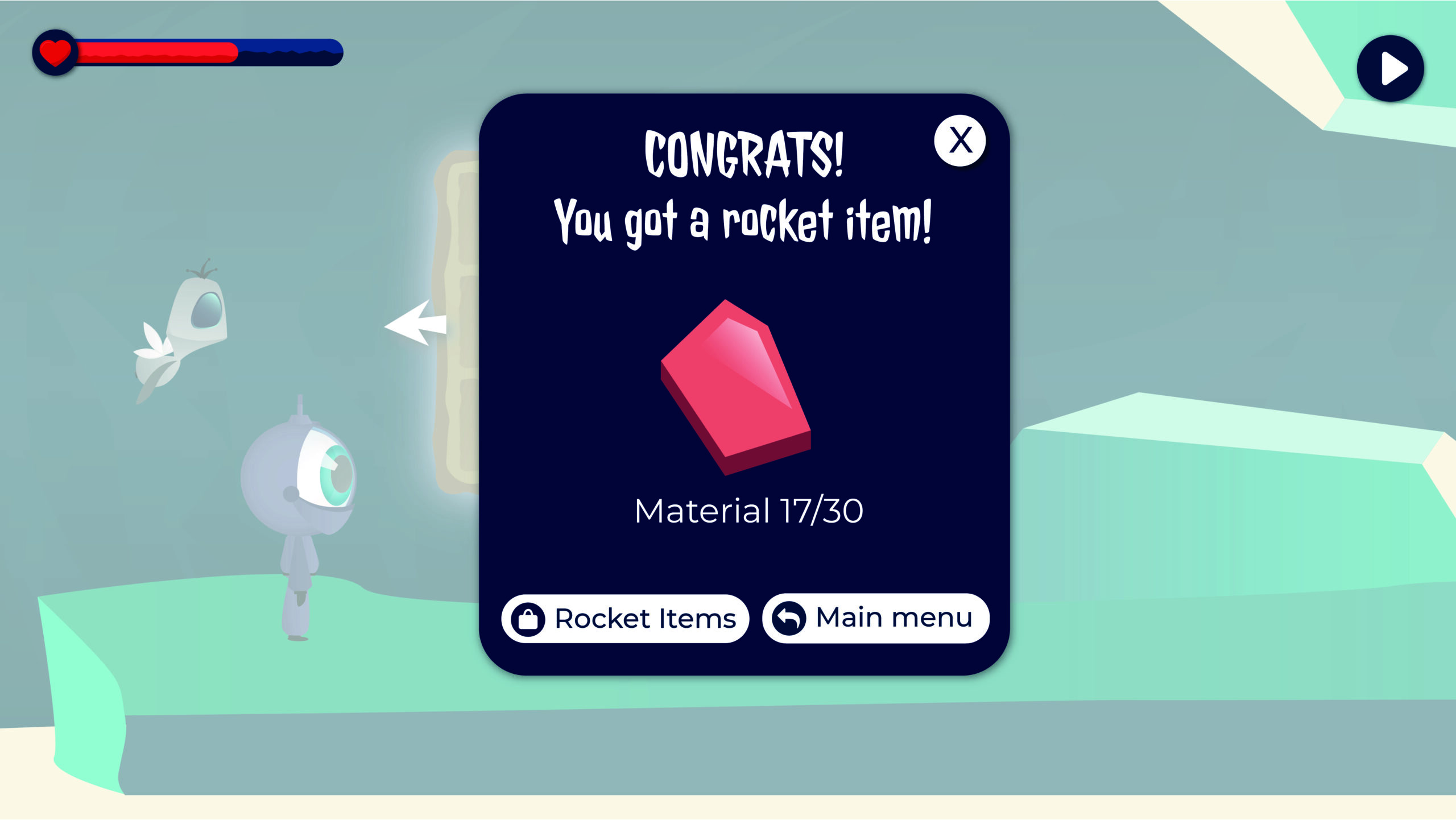 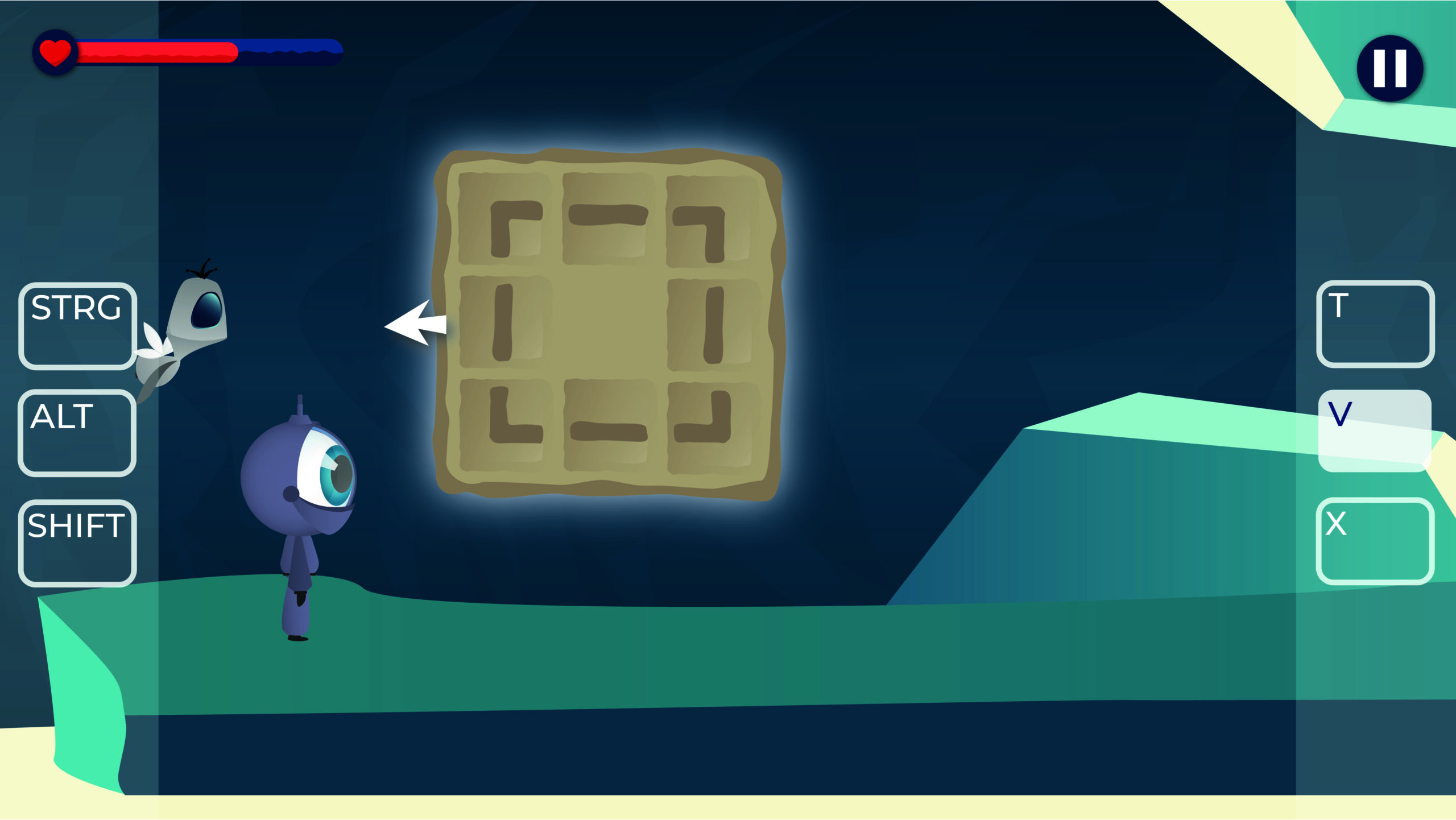 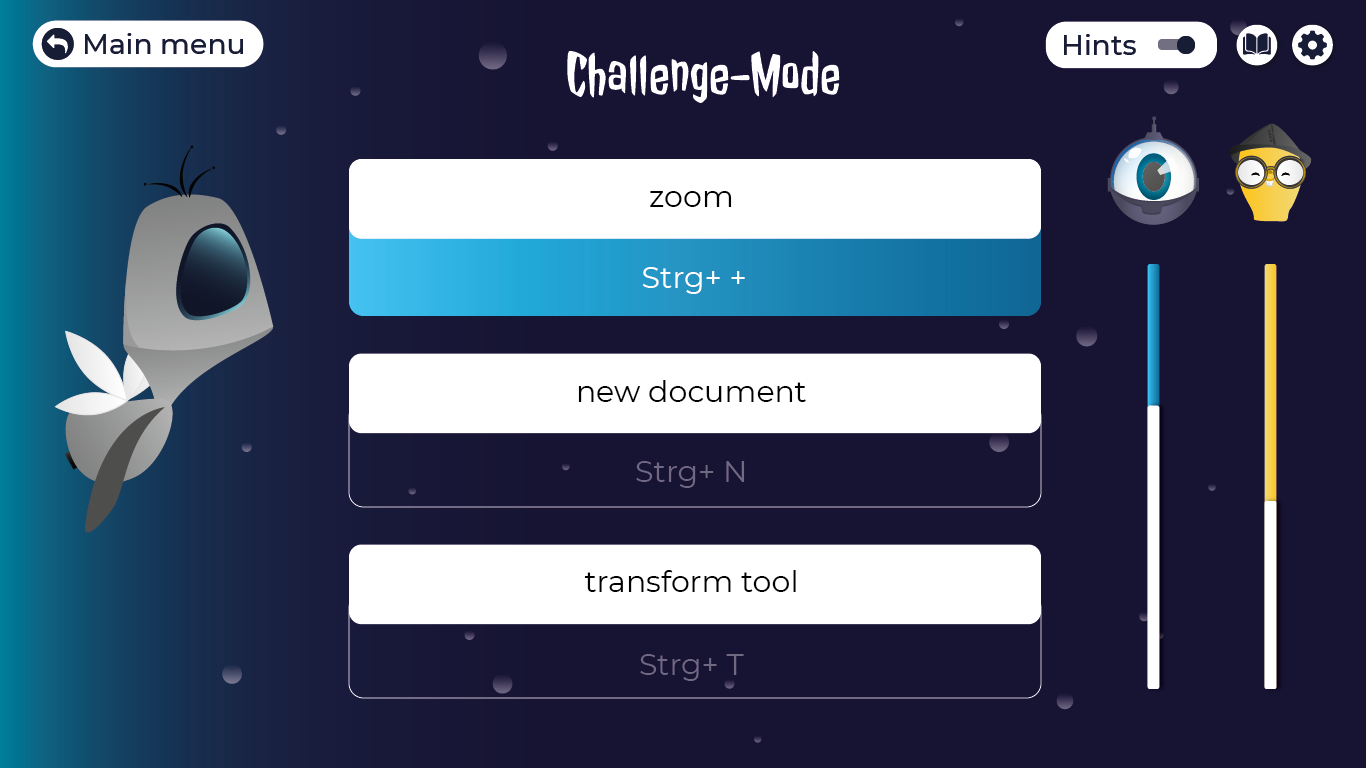